Over the last couple of weeks I’ve been really working on cocktails for the new spring menu. I happen to get a slight obsession with sours because of a bartender that posted a video about about an Amaretto Sour. I’ve brought it up a couple of times to several bartenders and I always get the same disgusted look. Hey bud, if you tried to tell me you’ve been lovin’ on a drink that consists of good whiskey and crappy, processed corn syrup that is supposed to taste like chunky citrus juice; I’d look at you grossed out too. But that’s not what I’m talking about.

Sours are a group of cocktails that use fresh citrus juice(usually lemon) and simple syrup(1:1 sugar and water). And optional but crucial component in my opinion is the egg white. So here’s what you’ll need:

.75 ounces of Simple Syrup (Boil 1 cup of water and 1 cup of sugar, keep it going till the sugar dissolves. Let it cool and BOOM: Simple Syrup)

.75 ounces of Lemon Juice (Seriously, just juice the lemon. It takes only a second and makes all the difference in the world)

1 egg (whites only: gently crack the egg and work the yolk back and forth into the shell halves until the white drops in the shaker)

Combine your Simple Syrup, Lemon Juice, Whiskey, and egg white into a cocktail shaker. Dry shake the crap out of it(a dry shake is shaking all the ingredients with no ice. It helps to emulsify and froth up that egg white while evenly blending the other liquids)! Now, add ice to the shaker and shake till you get frost on the outside of the shaker tin. Now strain that deliciousness into a chilled old fashion glass with a large ice cube in it. The large cube slows the dilution so you get the rich, creamy texture through the whole drink. 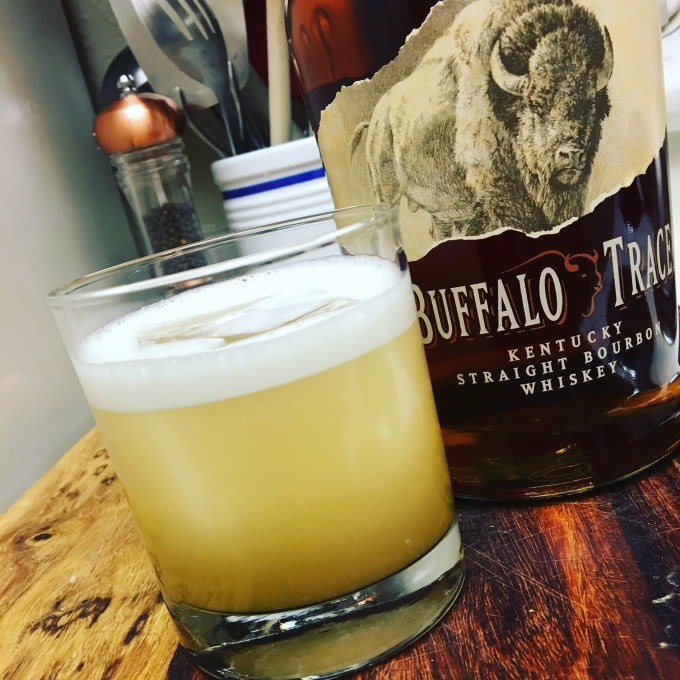 At this point you could float wine on top, add a couple dashes of your favorite bitters, or just garnish with a cherry and dive in. It’s a classic that is super easy to make and enjoy.

It’s been too long my friends. Finding extra time to write has been a bit difficult lately but, we’re going to get right back at it. So what’s new? I’ve been working with some new people that are very well educated on wine and have been working in the restaurant/hospitality business for many years. They’ve brought a new set of eyes to my work and helped expose and educate me on a lot things. It’s been a really humbling experience but also extremely valuable. In this business of drinking for a living, you can never assume you know everything. Because someone will always come along and prove you wrong.

Here’s something I’ve been schooled on: Argentina wines. Once believed to be strictly Malbec country with some smatterings of Cabernet. A lot of these wines are starting to give California Cabernet a run for their money. Seriously, the money though. They aren’t $15 a bottle but the $30 Argentina bottles can give a $50 Cali Cab some serious competition. There are are a few that I’ve run into that deliver on a grand scale if you like a big, fruit dense red with a smooth but grippy tannic finish.

Ben Marco “Expresivo” from Mendoza, Argentina is a solid buy at $30. It’s a big, densely fruited red. Opaque in color and aromatically it’s a black and red fruit quaffer. But how does it taste? Bulky and balanced. Lots of dark cherries, blackberries, some baking spice, sweet pipe tobacco, and richly apparent tannins. This is a solid steak night pairing. 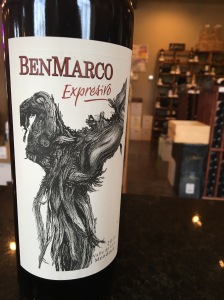 My most frequented bar these days is my couch. I’ve had a resurged interest in classic cocktails. I feel like they are the bone structure of modern cocktail culture. The classics are the beverage architecture I build on and tweak. My main stay at home has been an Old Fashion. I’ve even lured a friend or 2 over to visit with the offer of one. Here’s how I make it:

My personal recipe is boozy but I really just use the whiskey and sugar as a constant to test bitters, if that makes sense. But here’s my recipe: 2oz Buffalo Trace Bourbon, a bar spoon of 1:1 simple syrup and 4 dashes of Aromatic Bitters(Angostora) and 2 dashes of Orange Bitters. Drop all those ingredients into a frozen rocks glass and stir with a bar spoon. The frozen glass is part of the craft of it drink. It truly makes the difference. Then I add a large, single cube of ice(specialty ice cube tray you can get just about anywhere) and stir till chilled. Then I take a large swath of Orange peel an express the oils directly over the glass and drop it in. Enjoy. 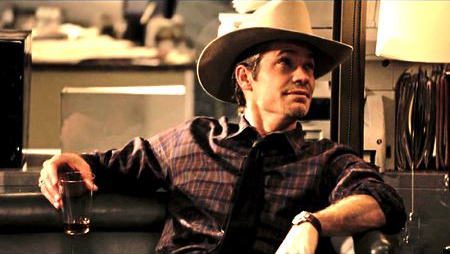 It’s not a surprise to anyone that we are influenced by what we see on television and digital media to want to buy… Or drink. We’ve seen a clever ad and then some how, magically, have an uncontrollable urge to use, eat, or drink that product within the next few days. It’s almost like we are being told what to do…..

Now when I say drive me to drink, I’m not talking about a suspenseful plot line or stressing me out about which of my favorite characters will die next(*cough* Game of Thrones *couch*). I’m saying I want to drink what my fictitious friends are drinking while I’m watching whatever shenanigans are happening in front of me. Basically, I don’t feel completely fulfilled in finishing an episode unless I’m having a beer Tim Riggins or drinking all the Dornish wine with Tyrion Lannister. So here are my top 5 TV shows that drive me to drinking:

Personally, I think FNL is one of the best shows ever made. And for the record, I’m not even super into football. Coach Taylor taught me a lot about life in 5 seasons. “Clear eyes, full hearts, can’t lose” has been a mantra for me in many situations. But it’s not Coach Taylor, Buddy Garrity, or even the incredible soundtrack by one of my favorite bands(Explosions in the Sky) that make me want to drink. It’s Tim Riggins. The troubled bad boy that can’t find peace is relatable to everyone right? Not me but I just like raising an ice cold bottle of that Texas beer in the air whenever I hear anybody say “Texas forever.” Shiner Bock is the flagship beer of the Spoetzl Brewery out of Shiner, Texas about an hour to an hour and a half out of Austin. Shiner Bock is easy to get and FNL is on Netflix. 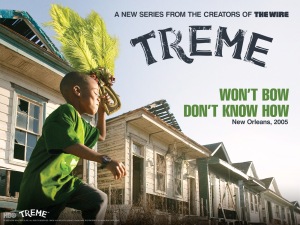 New Orleans is probably one of my favorite places in the world. It’s history, culture, and community pride overwhelm me every visit. New Orleans is more than Hurricanes and Bourbon Street and Treme shows the rest of the world that. The show isn’t action packed like creator David Simon’s previous shows(The Wire and Generation Kill), it about the struggle of chefs, musicians, politics, and the community trying to build their city back just 3 months after Hurricane Katrina destroyed it. Musically, it’s everything New Orleans from Rebirth Brass Band to the street musicians trying to get by. So why a Shreveport beer like Great Raft Southern Drawl with a New Orleans show? Seeing the struggles and triumphs of people building their city back up all the while fighting to keep their traditions of Mardi Gras, festivals and dancing alive makes me proud to be from Louisiana. What better way to show local pride than with a tasty brew from my home town? The entire Emmy award winning series of Treme is on HBO Go. If you’re reading this or live in Shreveport and don’t know what Great Raft is or where to get it, you should probably move to Canada.

(Sidebar: GR broke into the New Orleans and Baton Rouge markets just these last few months and are killing it)

Friday Night Lights’ Coach Taylor, Kyle Chandler, stars as a protective family man when his black sheep of a brother comes home to their Florida Keys family business and wants in. Shady things start happening and conspiracies arise. The shows tag line of “We’re not bad people, but we did a bad thing.” is enough to draw anyone in. The world dominating tequila brand Patron is all over the show from the Silver to the Añejo. It’s architectural web of secrets and lies around this family are enough to make you want to sip on some Patron Añejo or take a shot of Patron Silver. Bloodline is a Netflix original series and Patron Añejo is readily available at any spirit shop worth it’s salt, and lime, for around $60.

This is one of my favorite FX shows ever. U.S. Marshall Raylan Givens, played by God’s gift to swagger Timothy Olyphant, is sent back to his poor coal mining Kentucky town of Harlan from Miami after he shot a fugitive on sight in a quick draw contest. Set in modern day, it’s a roller coaster ride of devastatingly intelligent banter, hill billy organized crime, meth turf wars, and betrayal. People in the show are constantly drinking bourbon and I always get the urge to sip on on of my favorites. You see people drinking Pappy Van Winkle throughout the show so Buffalo Trace is as close as I can get(Pappy is distiller at the Buffalo Trace Distillery). The Justified series is finished now and all seasons are available on DVD and Blueray. A liter of Buffalo Trace Bourbon(liters are the best value for your buck with spirits) will run you about $32-33 a bottle.

Probably the most frustrating show ever made. George R. R. Martin(author and creator of the series)has a super natural ability to get you to love a character, pull for them, and then kill them off. After every episode ends, I have to take an extra glass of wine and 20 minutes to collect myself and process what I just saw. I like to think Dornish wine, which is always referenced, is like Beaujolais. I don’t know why, that’s just where my oenophile mind goes. Probably because its exotically French, fruity, and easy to drink when watching the devastation at Hardhome is tough to swallow. Game of Thrones is available on HBO Go streaming and on DVD/Blu-ray and you can pick up a bottle of Pierre Chermette at Wine Country Bottle Shop for $17.

If you need a weekend binge on TV shows and get hobo hammered while you do it, here’s your starting point.