I don’t often get to take road trips anymore. A full-time gig and being a new dad(6 months, what?!) forces you to reprioritize your life. Luckily, my wife Jess has an adventurous soul and pushes me to take time to explore. So when she came to me and said we needed to take a weekend to go see some family in Memphis, Tennessee I was game. The tricky part was that we had to have a plan for everything what with the kiddo. Excited, we planned to leave Shreveport, stop in Little Rock(halfway for diapers and food), then on to Memphis. Jess is such a researcher, she plotted out the trip and found a brewery that served bbq in Little Rock… That’s why I married her.

We left late(of course) Friday morning but managed to land at Lost 40 Brewing in Little Rock around 3pm. When we opened the car door in the parking lot, I knew we were at the right spot. I was hit with smell for freshly brewing beer and the sweet smokey aromatics of slow cooked bbq. We didn’t spend a ton of time here but we maximized what we had. 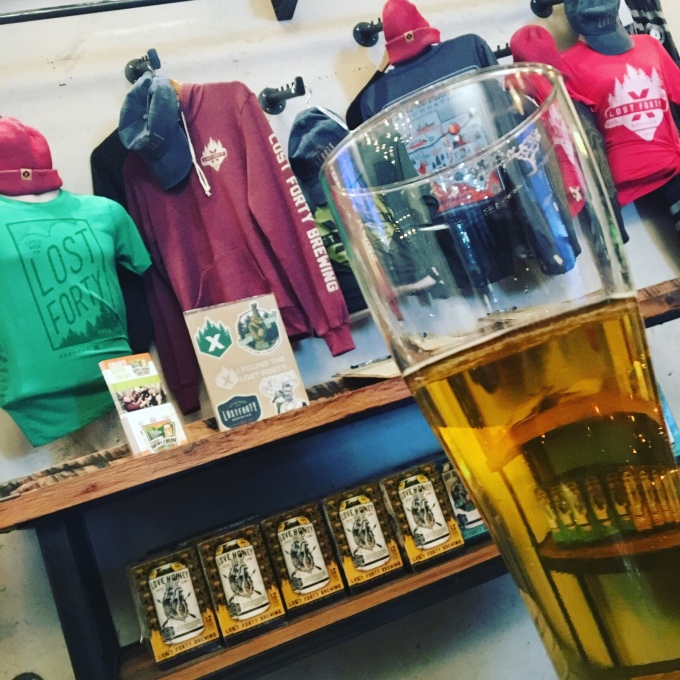 We ordered a flight of their beers that included Trash Panda, Forest Queen, a sour beer, and the Double Snake Party DIPA. It should be noted that if you have pork belly on the menu, we WILL order it. That was our favorite thing besides the beer and the sorghum-black pepper pecans.

I loved the Pale Ale. Crushable and light. It wasn’t too hoppy but had such great balance. This is definitely a great beer to mow the yard with or to sip on at the beach. I actually bought a 6 pack on the trip and I was out by Saturday night. Don’t worry, I was sharing.

Jess tends to be more of a hop head than I am so she was really into the Double Snake Party DIPA. She doesn’t drink quantity so to her it’s all about the quality of what she’s drinking. Lots hop here which lended itself to a great freshness. It was full with that hoppy-citrusy sweetness but balanced with bitterness. At 10%, that’s the only one you’ll need. We also picked up a pack.

Back on the road. We hit Memphis and went straight to see some family. At the door I was greeted with homemade pizza and Knob Creek. Maybe that’s why I really love Memphis. Something to think about.

Saturday afternoon in Midtown Memphis, just to break up the beer, I went to a great spot called The Second Line at the recommendation of a friend. This is a killer, casual restaurant and bar by New Orleans native Chef Kelly English. Chef Kelly worked for Chef John Besh for a while in New Orleans before permanently setting up shop in Memphis. Over the years, he’s accumulated a ton of awards from James Beard Award Semifinalist for Best Chef: Southeast to Memphis’ “Prince of Porc” in the national Cochon555 competition. At The Second Line, they specialize in Memphis inspired New Orleans cuisine. I parked at the bar and grabbed a glass of Anne Amie Pinot Gris(Willamette Valley, OR) while I was waiting on Jess and her sister to arrive. It just so happened Chef Kelly was working in the front of the house that day and we were able to chat for a while. I’d describe him as super approachable, classy, and what Danny Meyer would call a Hospitalitarian. Pimento Cheese and Andouille fries were legit. When we get back, I’ll for sure pop in again.

Saturday afternoon in Memphis, we went to Wiseacre Brewing Company. Full disclosure, this was my second trip to Wiseacre. It was first recommended to me by Andy Nations from Great Raft Brewing in Shreveport. Jess also told me about it since she lived in Memphis for a few years and used to frequent it.

Wiseacre is family friendly so we brought Ward with us. Not his first trip to a brewery(thanks for passing that law Shreveport). They have a small tap room and a large outdoor area with tables and patio games. It was cold but the brewery was packed. Maybe it was just a Saturday afternoon, but I think it’s just a great quality, local product. 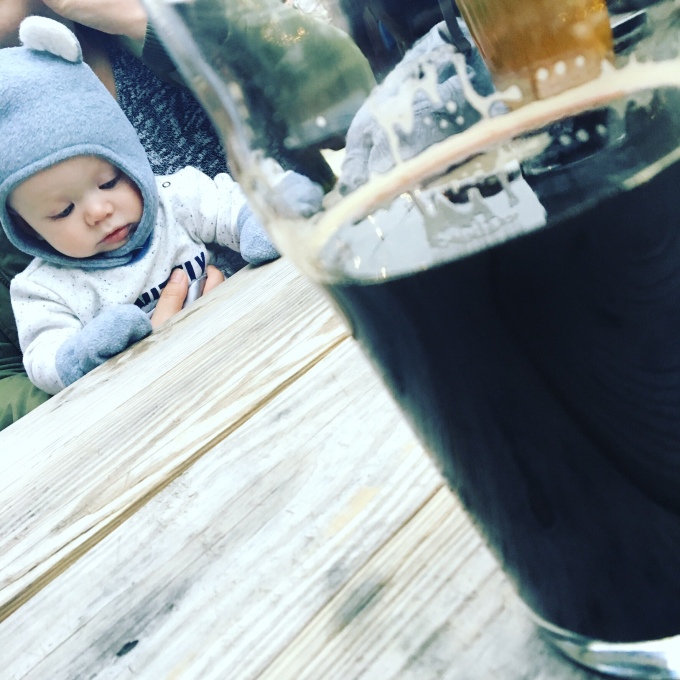 I grabbed a pint of the “Gotta Get Up to Get Down” Coffee Milk Stout and loved it. I remember them not having it my first trip two years ago so I was really excited. It was dark and rich without being bitter. Texturally, it was silky and has this gorgeous coffee note on the end like a coffee ice cream. It’s not sweet but it is a milk stout so it’s innately a little sweeter than an normal dark beer. As one of my friends said, “Definitely my favorite coffee stout that isn’t barrel aged or a breakfast stout.” Needless to say, I grabbed a sixer for the road.

We also picked up some Tiny Bomb Pilsner. This is, from their offerings that I’ve tasted, the most crushable. Fresh and light. It reminded me of the Great Raft Brewing’s Southern Drawl, which is my “I don’t want to make a decision, I’m just going to order this beer because it’s always fantastic” beer choice. It has cereal layer with a light hay note and a dry finish. It’s a light-medium bodied beer that you can do some work with. An easy day drinker.

I guess our little, weekend road trip to Memphis ended up being majority about beer. That usually happens. It either revolves around beer, wine, cocktails, or food. We really enjoyed all of the spots we hit. Looking forward to the next trip.